“The dark web is the World Wide Web content that exists on darknets, overlay networks which use the public Internet but which require specific software, configurations or authorization to access”

“darknets which constitute the dark web include small, friend-to-friend peer-to-peer networks, as well as large, popular networks like Freenet, I2P, and Tor, operated by public organizations and individuals.”

“Users of the dark web refer to the regular web as the Clearnet due to its unencrypted nature.”

“The Tor dark web may be referred to as onionland, a reference to the network’s top level domain suffix .onion and the traffic anonymization technique of onion routing”

“most commonly requested type of content on Tor was child pornography, followed by black markets, while the individual sites with the highest traffic were dedicated to botnet operations”

“Sites associated with Bitcoin, fraud related services and mail order services are some of the most prolific”

“To counter the trend of controversial content, the artist collective Cybertwee held a bake sale on an onion site.”

“Commercial darknet markets, which mediate transactions for illegal drugs and other goods, attracted significant media coverage starting with the popularity of Silk Road and its subsequent seizure by legal authorities.”

“Many hackers sell their services there individually or as a part of groups. Such groups include hackforum, Trojanforge, Mazafaka, dark0de and the TheRealDeal darknet market.”

“Some have been known to track and extort apparent pedophiles.”

“There are reports of crowdfunded assassinations and hitmen for hire, however these are believed to be exclusively scams.”

“The creator of Silk Road was arrested by the FBI for his site and allegedly hiring a hitman to kill six people, although the charges were later dropped.”

“There is an urban legend that one can find live murder on the dark web.”

“On June 25, 2015, a creepy indie game Sad Satan was reviewed by Youtubers Obscure Horror Corner which they claimed to have found via the dark web”

“Puzzles such as Cicada 3301 and successors will sometimes use hidden services in order to more anonymously provide clues, often increasing speculation as to the identity of their creators.”

There are at least some real and fraudulent websites claiming to be used by ISIL, including a fake one seized in Operation Onymous.”

“much of the dark web is innocuous, some prosecutors and government agencies, among others, are concerned that it is a haven for criminal activity.”

“2014, journalist Jamie Bartlett in his book The Dark Net used the dark net and dark web to describe a range of underground and emergent sub cultures” 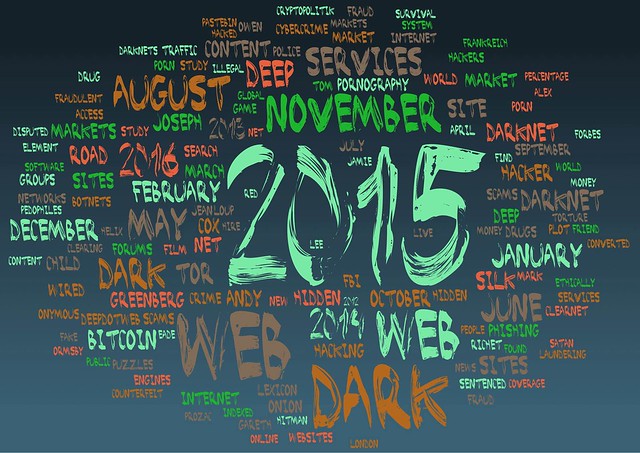